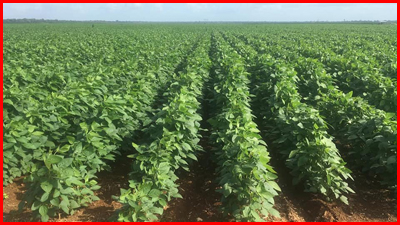 Currently, the Northern part of the country is experiencing one of the worst droughts it has had in many years. The lack of rainfall is currently affecting farmers where they are now experiencing great losses after having planted large acreages of corn. The corn will not yield as was expected if there were normal amounts of rain. So, farmers are left to try to salvage the corn by cutting it down and feeding it to cattle. Additionally, production in soybean will also be affected as well as pasture lands.
While there are those farmers who are being affected by the drought, those who have prepared will not be. The Guardian has received information that some three years ago, some farmers in the San Carlos area of Orange Walk, after being hit by a drought before, decided to invest in irrigation systems. Assisted by the Government of Belize and the UDP Standard Bearer, Guadalupe Magana, they installed irrigation systems which prevents them from enduring the effects of the drought. Pictures we were provided with show lush crops of corn, soybean and pasture lands.