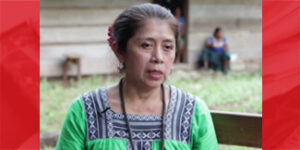 The Guardian has received information that confirms that the Government of Belize has acquired a late model Sport Utility Vehicle for the newly appointed Governor General of Belize.
The vehicle, a brand new 2020 Ford Expedition XLT with Chassis number 1FMJU1JTBLEA3444, has been acquired by the Government of Belize from Belize Estate Company Limited at a value of $110,000.
The acquisition comes on the heels of her salary going from $52,848 annually plus $2,400 in allowances to $75,000 annually and $12,000 in allowances.
The grand spending is taking place even as the country is going through a major financial crunch; so much so that public officers have received a salary cut.
Speaking on the matter of the increase in salary on Wednesday, July 7, Labor Senator Hon. Elena Smith pointed out that the Governor General could have actually made a living with the previous salary especially now when the public officers in general are being docked 10% in salary.