Oscar Mira, the PUP hopeful in Belmopan finds himself in trouble with the law after he crashed into a parked vehicle while he was heading home on the George Price Highway on Friday night. After the collision, it was discovered that a policeman was actually inside the parked vehicle and he sustained severed head and body injuries. He is now hospitalized as a result. 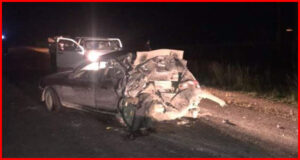 A request was made for Mira to give either a blood or a urine specimen, which he refused. Police have now opted to charge Mira for failure to provide a sample.
He was arraigned on the charge in Belmopan Magistrate’s Court and was offered bail. He goes back to court on September 3, 2020.