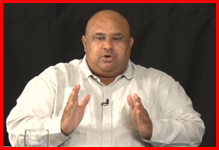 The State of Emergency which was over the country for roughly three months expired at 11:59 p.m. on Tuesday, June 30. A number of announcements were made to explain what the new normal would be starting July 1 and the Attorney General Sen. Hon. Michael Peyrefitte appeared on ‘Ask the Experts’ for that explanation. One of the most important pieces of news, and one that the Belizean public was possibility most happy to hear, is that there is no longer a curfew. For months, citizens had to be inside their homes at a certain hour, except for emergency reasons. While, over time, non-curfew hours were extended and SOE measures were gradually relaxed, it has not been for months that the public will now be free to roam about at any time. An important addition to this announcement, however, is that while the curfew has been lifted, the citizenry must be moving with a purpose. Persons simply wandering aimlessly, loitering, or that are moving without a reason can be arrested.
So, there is no more curfew but social distancing and wearing masks are here to stay, at least for a while. AG Peyrefitte says that social distancing will be enforced but there are now several exceptions to that rule. Persons of the same party, obviously, will not abide by social distancing regulations. Furthermore, the limit of 100 persons in a public place is no longer a mandate but persons will be required to wear their masks in these social events. Whenever in a public space, the public is reminded to wear a mask, a mandate which will now be enforced as well.
Another popular announcement was that clubs and bars can now open for business. AG Peyrefitte says that practically, all social actions are now permitted as they were before but like previously mentioned, persons will be mandated to wear their masks in most of these situations; otherwise, you can be arrested. Commissioner of Police Chester Williams adds that these and other regulations will certainly be enforced, especially in social situations, but that his officers will be tasked with using their discretion. They have, conversely, already seen an increase in public drinking situations, an offense with or without the SOE, and as such, liquor establishments will particularly be checked to determine their compliance.
Daycare centers are also now permitted to operate. They were originally closed down seeing that children are especially susceptible to COVID-19. Now, daycares can open and children under six are not required to wear masks.
While a number of things are being permitted, and unlike the announcement of the reopening of the Philip Goldson International Airport (PGIA) in August, our land borders remain closed. This will continue at least for the near future considering that cases of COVID-19 both in Mexico and Guatemala are increasing significantly. AG Peyrefitte, who is also the Minister of National Security, made it abundantly clear that persons found illegally entering the country will be arrested, charged, and face up to three months in prison.