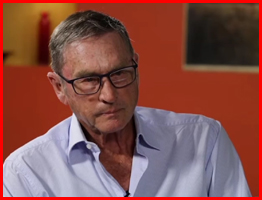 The Caribbean Court of Justice (CCJ) handed down a judgement on June 30 which has overturned two local rulings on Government’s takeover of the Ships and Companies Registry. Belize’s Supreme Court and the Court of Appeal had ruled that the PUP government had illegally given Belize International Services Limited (BISL) a management contract to run the International Merchant Marine Registry of Belize (IMMARBE) and the International Business Companies Register (IBCR).
Not satisfied with those rulings, BISL, an Ashcroft-related entity took the matter to the Caribbean Court of Justice and they have now ruled. In the ruling it states that, “although the 1993 Agreement, and ipso facto the 2005 extension, was tainted with illegality, there was a breach of contract that should result in awarding damages.”
In essence the court ruled that the government should have entered into negotiations before taking over the company. They then referred the matter to the Supreme Court to determine the quantum of compensation. BISL is seeking somewhere in the region of between US $24 and 45 million.
While the judgement comes as a surprise, how we got here is not in the least bit surprising. In June of 1993, at the end of the PUP’s term in office (elections were held on June 30 of that year) the then PUP government gave BISL, the management contract to run the ships and companies registry. Those companies, IMMARBE and IBCR, flowed millions of dollars to BISL. The 1993 Agreement was for ten years with an option for BISL to renew for an additional period of ten years. In 2003, BISL asked for and received an extension up to 2013. That was not enough however, and in 2005 a cash-strapped PUP Government extended the Agreement until 2020. For this extension, BISL paid the Government US$ 1.5M as consideration.
The argument which was presented in the local courts and which was upheld twice was that the awarding of the management contract was illegal and unconstitutional as it deprived government of revenue. The question that remains with us is why would a government give such a lucrative contract to a company.