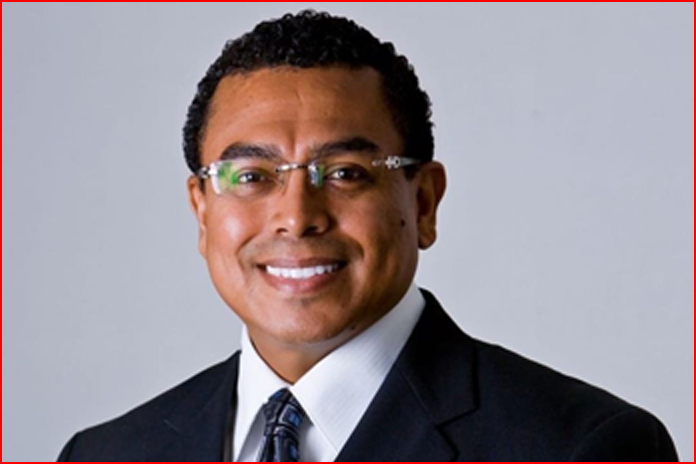 A renowned Belizean scientist—in the pinnacle of his career—has been appointed to a distinguished position, which has brought great pride to our nation. NYUAD Vice Chancellor Mariët Westermann announced on Friday the appointment of Dr. Arlie O. Petters – Benjamin Powell Distinguished Professor of Mathematics at Duke University, and former Dean of Academic Affairs for Trinity College of Arts and Sciences and Associate Vice Provost for Undergraduate Education at Duke – as the Provost of NYU Abu Dhabi, effective September 1, 2020.
NYU Abu Dhabi is the first comprehensive liberal arts and science campus in the Middle East to be operated abroad by a major American research university. NYU Abu Dhabi has integrated a highly-selective liberal arts, engineering and science curriculum with a world center for advanced research and scholarship enabling its students to succeed in an increasingly interdependent world and advance cooperation and progress on humanity’s shared challenges.
“Arlie’s distinguished scholarly qualifications, leadership experience, knowledge of international education, research breadth, commitment to equity, diversity, inclusion, and belonging, focus on students, deep understanding of academic excellence, and integrity and energy give me great confidence that he will serve the University well in his role as Provost. He will provide outstanding academic leadership as we embark on NYUAD’s second decade of growth and accomplishment. It will be inspiring and rewarding to work with Arlie as we advance our resolutely international model of liberal arts education and address the complex challenges we face today,” reported NYUAD Vice Chancellor Mariët Westermann.
Petters’s principal research interests include mathematical physics and scientific methods in business administration, with a focus on mathematical finance and entrepreneurship and innovation in STEM fields in developing nations. He is the Benjamin Powell Professor of Mathematics and a Professor of Physics and Economics at Duke University, where he has been on the faculty since 1998.
Before joining Duke, Petters served as an Assistant Professor of Mathematics at Princeton University and an Instructor of Pure Mathematics at Massachusetts Institute of Technology (MIT). He received his PhD in mathematics from MIT, and has a BA and MA in mathematics and physics from Hunter College of the City University of New York.
Petters’s research explores how gravity acts on light. He pioneered the mathematical theory of weak-deflection gravitational lensing, which brought powerful methods from pure mathematics to bear on astronomy. He also advanced applications of gravitational lensing, which included predicting effects that probe the nature of spacetime around black holes and developing tests of Einstein’s general relativity and modified gravity models. He has published fifty articles in peer-reviewed journals as well as five books, including the monograph Singularity Theory and Gravitational Lensing, the textbook An Introduction to Mathematical Finance with Applications, and three problem-solving books on mathematics and scientific reasoning.
“Within a ten-year span, NYUAD has developed a world-class, innovative liberal arts and sciences undergraduate program and premier interdisciplinary research environment. It has created a collaborative culture of global citizenry among its excellent students, faculty, and staff. It has fostered diversity, inclusion, cultural competency, empathy, and openness. It has become a university in and of the city of Abu Dhabi. This gravitational pull of NYUAD was simply irresistible. I am delighted to serve under Mariët’s amazing leadership driving NYUAD onwards and upwards, to take its place among the world’s great universities,” writes Arlie O. Petters.
In his native Belize, he founded the Petters Research Institute to help develop human capital in STEM fields and foster national development through environmentally sustainable applications of STEM tools in entrepreneurship. In recognition of these contributions, he was made a member in the Most Excellent Order of the British Empire in 2008, and appointed in 2010 as the inaugural Chairman of the Council of Science Advisers to the Prime Minister of Belize. In 2009, his birthplace, Dangriga, Belize, honored him with a street in his name.
In an exclusive exchange with the Guardian Newspaper over the weekend, Dr. Arlie O. Petters noted,
“My sweet Belize laid the foundation and shaped me, teaching me about hard work, resilience, and humility. This is an accomplishment for us all!”