By Jem Smith
Police are following several leads and are asking the general public for any assistance to solve a recent robbery that took place at the Best Western Belize Biltmore Plaza. It took place at around midday on Monday, July 5, a brazen daylight robbery that netted more than $10,000 for the assailants. Reports are that two armed men arrived on the scene in a black SUV. They then held up a maintenance manager who had a deposit bag in hand and was making his way to a company vehicle parked in the compound. Before he could make it to the vehicle, the robbers pounced on him and took the deposit bag which contained over $10,000. 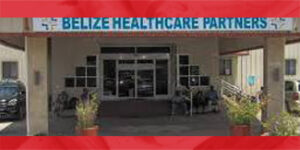 Just one day before, there was another robbery, this time at the Belize Healthcare Partners hospital in West Landivar. A red SUV pulled up to the hospital into where two men made their way. The security guard who was on duty at the time says that he was robbed of his cell phone and wallet before the men made their way to the hospital’s cashier who was relieved of an undisclosed amount of cash. They then returned to the parked SUV before making good their escape. Police say that the incident may be a crime of opportunity and not necessarily a reflection of the economy. ASP Fitzroy Yearwood says that it would be hard to categorize this incident because regardless of the economy or other factors, criminals will be criminals.