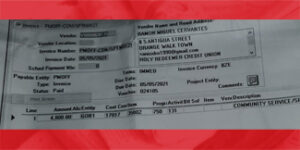 “Look, they have cut our salaries, cut our allowances, and yet, the number of constituents is growing. I have an 8,000 voter constituency. It’s very big, but I’m not crying. I have to see how I adjust and I work with that. I have to see how I continue serving my people” – (7 News, May 13, 2021)
In Creole, he would be called LIAD! (a Liar), and that would be the truth. The Guardian has been furnished with a copy of his pay history from the Smart Stream system and it confirms that if he was Pinocchio he would be walking on his nose. Hearing him on the news, one would have gotten the impression that he is doing really badly as a result of a salary cut. He received $4,500 in January and February of this year, thereafter he has been receiving $4,050, representing a $450 cut or 10% of his salary. To hear Cervantes speak of it, it would seem as if he was taking a serious financial hit.
That, however, is not so if we were to look at his allowances. He receives a $1,600 allowance for Housing and Entertainment with no cut. He also receives $1,000 in telephone allowance with no cut. That is an additional $2,600 a month which has seen no cut. But for Cervantes, there is more.
He receives an additional $4,800 a month, and without fail he sends an invoice monthly and it is paid under a heading of community Service/Sports. It is dutifully deposited in a Holy Redeemer Credit Union account for Ramon Miguel Cervantes of a #5 Antigua Street. Last we checked there have been no community or sporting activities since March of 2020. That means that this one, like all other ministers, has to explain how it is that he is disposing of almost $5,000 a month which he collects under the guise of community and sporting activities.