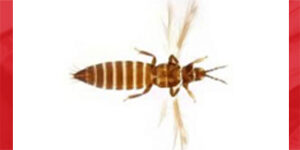 He continued, “At the very least we’ll probably be advising on the use of pesticides that are softer, that have a lot less impact on the environment such as plant-based extracts. All of these strategies are going to be pursued, but overall, what is going to be very critical is an educational and training campaign, so that we can get our farmers involved in this process.”
As a result of those heavy losses in this critically important crops, a task force has been formed to come up with solutions to the Asian bean thrip infestations. The task force includes representatives from the Ministry of Agriculture, BAHA, CARDI, the Regional Organization for Agricultural Health for Central America (OIRSA), the Pest Control Board, and grain producers.