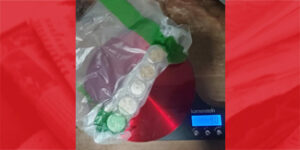 An American national has been detained pending charges relating to a series of illegal drug items found inside his luggage at the Philip Goldson International Airport. The discovery took place at around 3:30 p.m. on Wednesday, February 10, 2021 while a Customs Officer was conducting luggage inspection. Inside his luggage, the officer found seven transparent plastic bags containing suspected cannabis ranging between 140 and 390 grams, a plastic bag containing concentrated cannabis wax, and an envelope containing suspected cannabis seeds. He was handed over to the Ladyville Police and remains in detention.