On Friday, January 8, the People’s United Party will have been in office for exactly 59 days. At that point, they are going to the National Assembly to seek approval on a supplementary budget for 59 million dollars; $59,138,855 to be exact. That works out to the PUP government seeking approval for one million dollars per day in expenditure across 12 ministries. Taking up the bulk of the money will be four ministries including the Ministry of Finance, Economic Development and Investment that has been allocated $17,500,000; the Ministry of Health and Wellness will take up $15,000,000, the Ministry of Infrastructure Development and Housing takes up $12,000,000 and the Ministry of Human Development, Families and Indigenous Peoples’ Affairs will get $9,430,000. What needs to be said is that expenditure of these finances has already illegally begun as the PUP administration has been in clueless manner running the country. 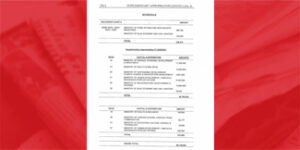 The People’s United Party had largely criticized the former government about spending money without getting approval from the National Assembly. Now, this is exactly what the PUP has been doing for their first 59 days in office. They had gone so far as to take the former administration to court to seek a declaration on the legality of the expenditure. The shoe is now on the other foot and the PUP have now come to learn that being on the outside looking in is not the same as being in and doing the work. The reality of government spending is that there are instances that you simply cannot wait for approval before spending is done. Emergency situations arise where spending takes place before it can be taken for approval.