The Ministry of National Security in collaboration with the Public Utilities Commission on Thursday, November 5 launched Belize’s first National Cybersecurity Strategy 2020-2023. The National Cybersecurity strategy was the product of several months of public consultation and research by a multi-pronged team.
The development of this Strategy was guided by the OAS-CICTE, and coordinated by the National Security Council Secretariat, the Public Utilities Commission, Central Information Technology Office, the Attorney General’s Ministry, and an Inter-institutional Cybersecurity Task Force. The overall objective of this strategy is to take a public-private partnership approach to foster an open and trusted digital environment in Belize, which would enable innovation, economic development, and social inclusion.
The three pillars of the Strategy include developing a Legislative Framework; strengthening Incidence Response and Protection of Critical Infrastructure; and Building Capacity within the Workplace.
Since the Strategy development process began in 2018, the Cybersecurity Task Force has simultaneously been working to achieve priority components of the pillars outlined above such as drafting the Cybercrime Bill 2020, conducting stakeholder consultations, and participating in capacity-building initiatives for Criminal Justice personnel and technical staff in the public and private sectors. Most recently, the Ministry of National Security in collaboration with GetSafeOnline.org UK, launched the GetSafeOnline Ambassadors Scheme, which will facilitate training for Belizeans to be able to contribute to cybersecurity public awareness in their local communities.
George Lovell the CEO in the Ministry of National Security says that Belize needed a strategy that was led by policy. So, a task force was put together and got the whole society engaged over the last few years. According to CEO Lovell, the banking system, the Public Utilities Commission (PUC), and others were involved in the whole configuration.
John Avery, Chairman of the PUC explains that a recently held one-week National Cybersecurity Symposium was, perhaps, the biggest such event ever held in Belize. In fact, they established the National Cybersecurity Taskforce on the last day of the symposium. That task force has been working ever since. It has grown in membership and representation from all sectors of society.
But the internet has developed to such an extent that it needed new approaches. “Given the fact that the world is modernizing and we need the internet, we need cyberspace to do business and for even social development. We looked at the context and say let’s start with the basics,” explains Nicole Haylock, the Deputy Director of the National Security Council Secretariat.
Haylock continues, “Cyberspace is another realm of security that’s here to stay, and just as in the past, we have identified land, sea, and air as a focus for security development. Now we have to include cyberspace. So, given the fact that the world is modernizing, and we need the internet, we need cyberspace to do business and even social development.”
Debra Adamson, AdamsCon IT & Security Consulting Services Limited adds that it is very important in Belize because most of the population has not been exposed to cybersecurity awareness. “And until the strategy was put in place and the bill was passed through the government here – there were no laws to protect people or for law enforcement to use to help mitigate the issue,” she said.
Some of those internet dangers are numerous says Superintendent Mario Alcoser – Commander, Police Information Technology and Cyber Unit. “We play a vital role in educating the public of the dangers in cyberspace, and ways for the public to protect themselves using technologies like anti-malware, using legitimate, open-source software. Avoiding the use of pirated software is very important. Pirated software generally contains malware, spyware, and key-loggers. So, when people use those types of software, they are compromising themselves right there.”
Claire Evans, British High Commissioner concludes that moving forward, Belize has become part of the get-safe online ambassador scheme designed to create an empowered network of individuals now including thirty Belizeans who will be trained to help carry forward the cyber safety message.
The Ministry of National Security and the Public Utilities Commission has expressed deepest gratitude to the UK Government for providing funding for the development of the Strategy, the OAS-CICTE, and the members of the Cybersecurity Task Force. 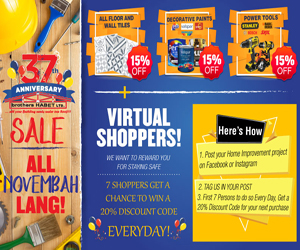 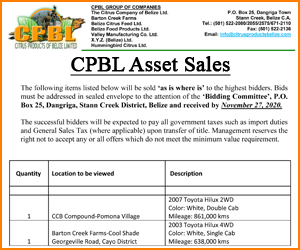 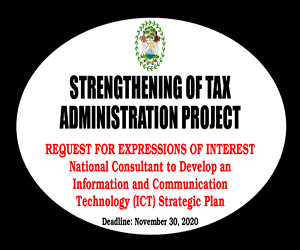 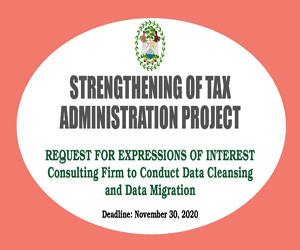