September, Belize’s month of patriotism and celebrations, is usually one jam-packed with events including fetes, concerts, and plenty of other social gatherings. This year, however, with COVID-19 still a very dangerous reality, none of these events will be able to take place regularly. This means no parade on St. George’s Caye Day, celebrated on September 10, nor any carnival road march, no public flag raising ceremonies, nor anything else which makes it September in Belize. Nonetheless event organizers have come up with ingenious ways of celebrating while abiding by regulations of social distancing. That means that so far, we have seen several coordinated efforts which have successfully pulled of a virtual launch of the opening of the September Celebration, Ninth Night Bram, and St. George’s Caye Day ceremony all by the Belize National Celebrations Commission and the National Institute of Culture and History (NICH) and a virtual Carnival hosted by Color Blind Multimedia Productions.
On Sunday, September 6, the public was invited to tune into the Commission’s live broadcast of the September Celebrations Launch which was live from the Stann Creek District. In the stream, viewers were able to watch footage from previous years’ celebrations throughout the month of September after which Mayor of Dangriga Town and historian, Francis Humphreys, addressed those watching. He shared that although we have been suffering the adversity and devastations of COVID-19 for quite some months, the perseverance of the Belizean people continues to win this battle. He recounts the Battle of St. George’s Caye and recalls how the Baymen fought against the Spaniards. From then until now, the Belizean people continue to be vibrant and forward looking. A cultural panorama video preceded Hon. Patrick Faber’s address which focused on the 222nd anniversary of the Battle of St. George’s Caye Day and what will be the 39th anniversary of our independence on September 21. Likewise, he mentioned the COVID-19 pandemic which has brought on its many challenges but encourage us Belizeans to work together if we should overcome this disease and its effects. This is a time, according to the Party Leader-elect, to reflect on our history and to learn from it what we can. The theme of this year’s September Celebrations, “Overcoming Adversity, Creating Opportunity, Belizeans: Unite for Prosperity!”, submitted by 13-year-old Precious Martinez, reminds the Minister and all of us that we should work together in the spirit of unity to overcome this and other challenges. 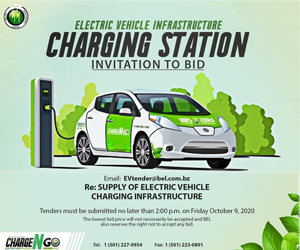 The 9th Night Bram, hosted by Troy “DJ Dalla” Flowers, was a more than a three-hour long virtual gathering of Belizean artists including Cocono Bwai, Lord Rhaburn, Mime Martinez, and other household Belizean names. While it wasn’t a live event, hundreds of Belizeans at home and abroad joined in on the live stream for the length of the program and the energy and vibrancy was just the same. On the following morning, on Thursday, September 10, the Commission then held the ceremony for the 222nd anniversary of the Battle of St. George’s Caye which included a pre-recorded video “What does September 10th mean to you?” followed by the march of the soldiers of the Belize Defence Force (BDF). There was then the official arrival of the Governor General, H.E. Sir Colville Young, Prime Minster Rt. Hon. Dean Barrow, and other special invited guests. Mayor of Belize City His Worship Bernard Wagner welcomed those in attendance before Hon. Patrick Faber, Minister of Culture as well as Chairman of the Commission, delivered his addressed. Like in his address for the Launch of the September Celebrations, Minister Faber recounted the history of the Baymen and their resilience and determination to stay and fight. It is in the spirit of unity that they were able to defend their territory from the Spaniard and it is in this very spirit that he encourages us to work. His historical perspective ended with him asking his Belizean people to use their tenacity; “This September 10th day, I call on all of us to ignite our resolve and indomitable spirit to face the challenges of our time.” 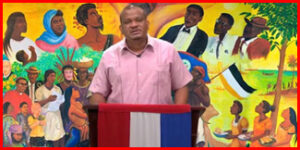 For many Belizeans, respects are offered for the Baymen who have allowed us to be here but nonetheless, September would not be the same without a carnival. The normally jam-packed affair sees crowds of persons lined up from the Yarborough Field down to Central American Boulevard all the way to its end at the Marion Jones Sporting Complex. Organizers at Color Blind came up with an innovative and resourceful way for their year’s carnival to be just as entertaining and fun-filled without having an actual road march. The virtual carnival saw thousands of participants over the Facebook social app where they were able to interact with each other and the show’s hosts. A number of competitions were hosted throughout the three-hour virtual fete including a costume competition in various categories and amateur song competition. The public was able to join into these competitions and other fun giveaways and just about everyone who tuned in commented that the virtual carnival was a sufficient and fun replacement to the normal fete.
In just a few days, the country will reach its 39th independence and still, the celebrations surrounding that event will be on a pause. The Commission and other organizers will host virtual celebrations, likewise, to bring in this event.