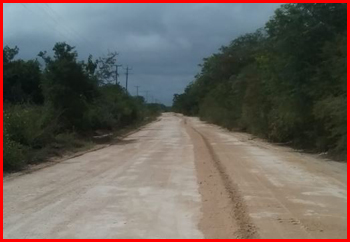 Residents of Sarteneja, Chunux ,Copper Bank and everyone in between are rejoicing after the Government of Belize announced on Friday August 16th, during the House Meeting, that it will be securing a 100 million dollars financing facility from the Republic of China on Taiwan.

Prime Minister Dean Barrow made the announcement explaining that the financing is for 50 Million U.S. dollars and will be spread over a 20 year period with 5 years grace. The loan will be disbursed over 5 years and repayment will be in 30 equal payments on a semi annual basis. The interest rate will be 1% per annum. The facility is being provided by the Export-Import Bank of the Republic of China (Taiwan EXIM Bank) and falls under the bilateral program of economic cooperation and development between the two countries.

During the presentation, even PUP area representative Florencio Marin got up to support the bill. Replying to him was Hon. Michael Finnegan who was quick to point out that combined, he and his father have been representing the Corozal South East constituency for a combined 60 years and have never even attempted to rehabilitate the road. Truly, these two should be ashamed of themselves!