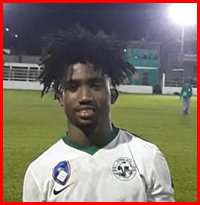 The Premier League of Belize 2019-2020 Opening Season competition continued over the last week end of play with four games on the schedule.

On Saturday 10th August, at the Isidoro Beaton Stadium in Belmopan, the host team Bandits Sport defeated the visiting Altitude FC by the score of 3-1.

The host team Bandits Sport was the first to make it onto the scoreboard when Roberto Silva de Lima scored the first goal of the game in the 28th minute of play to give his team a 1-0 lead.

Bandits Sport defence was able to effectively shut down the Altitude FC offence while it protected the slim lead for the entre first half and well into the second half of the game. It was not until the 59th minute of play that the visiting Altitude FC offence was able to penetrate the Bandits Sport defence when Andres Orozco scored the equalising goal to tie the score at 1-1.

Meanwhile, at the Ambergris Stadium in San Pedro Town, the defending champions San Pedro Pirates and the visiting Placencia Assassins FC played to a 0-0 draw.

The competition then continued on Sunday 11th August, with two more games on the schedule.

At the Norman Broaster Stadium in San Ignacio Town, Verdes FC won its third game in as many outing when it defeated FF Valley Pride FC by the score of 3-0.

And, in the final game of the week played out at the Carl Ramos Stadium in Dangriga Town, the host team Wagiya SC won over the visiting BDF FC by the score of 2-0. The goals for Wagiya SC were scored by Elroy Kuylen in the 16th minute of play and Carlton Thomas in the 49th minute of play for the win.

The competition will continue this coming weekend with four more games on the schedule.