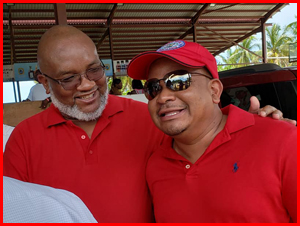 The National Party Council of the United Democratic Party met on Saturday August 10th during which it was announced that the National Convention will be held on Sunday February 9th, 2020 at the Belize Civic Center.

The party has opened the time for persons to send in their applications for any of the 5 positions up to 5p.m. on Friday October 25th, 2019.

During the National Convention, a total of 560 persons will be able to cast their ballots. Those persons are comprised by the 31 constituency representatives and their 16 delegates along with all elected municipal representatives and members of the Central Executive of the party.